Being strong is a statement of contradiction for most women I know.  In the countless conversations I’ve had over the past year I have encountered a passionate re-evaluation of what it means to be “strong” and it is time we looked at this in earnest.  If we get this wrong with one another or within our own hearts we are in danger of dropping the ball in terms of our influence and capacity to impact one another.

Suck It Up Buttercup: When Being “Strong” Means Ignoring Yourself

For whatever reason it seems to me that there is a dangerous misunderstanding of what it means to be strong for professional, entrepreneurial and mid-career women.  We wear that title with pride and yet it does more damage to us than pretty much anything else we might define ourselves as.  This is a high stakes game where any kink in our armor is potentially devastating to our public persona and level of influence within our industries.

Fail just a bit to girder up our perfect-ness and the consequences are both dramatic and devastating.  For some of us the sheer fatigue of maintaining the guise of strength and accomplishment creates an unstoppable wheel of pretense that we couldn’t get off of if we tried.  Others have no idea how much pain, stress and fatigue is weighing us down.  So we say nothing and do nothing to affect the downward spiral that is our own creation.

Hiding- that becomes the expectation and the agenda regardless of the personal impact we might bare.  When we present flawless and faultless “Strength” it is met with awe and wonder from both male and female observers.  This reinforcement of the undefeatable heroine ultimately becomes our worst nightmare.  The cape and boots others so admire are like shackles around our neck and a destiny we can’t escape.  Hiding who we are and how we struggle so that we “suck it up” no matter what isn’t really strength- its an illusion.  An illusion that many women create to live up to the expectations they themselves have reinforced and the market place values so apologetically.

Nobody cares, nobody wants to know and dammit- you better figure it out or pay the price…

The more you do the more you’re worth is a flawed premise.

2016 seemed to bring a plethora of change for the women I know and have come to admire. I have seen more honest and authentic “breakdowns” than I would have ever expected in a single year and yet- there it was.  Women with hearts of gold, big responsibilities and lots to loose started to shift in their own hearts and in their professional circles.  It seemed to be a collective “that’s enough” to bullshit and burdens.

So- back to my original question- what does it mean to be a strong woman?  It’s not about pretending to have it all together…that much is clear.  That’s an empty basket that bleeds us dry.  Is it about persevering?  I’m not so sure.  The concept of the “strong woman” who faces and suffers through adversity doesn’t resonate either.  I fail to see the value in telling each other “you’ll get through it”, “this will pass” or my personal favorite… you guessed it “you’re so strong I know you can beat this”.  If I were to be honest as an accomplished and outspoken leader in my professional circles- telling people that I was in the midst of some really significant change was mostly met with an apathetic “at-a-girl”.

The Bad-ass-ness of conquer is just more expectation on top of an already overwhelming need to succeed.  For many of the women I spoke to this year the idea of pushing through their suffering was insulting and rang of pity rather than support.   It would seem that being strong must be something else.

Most of the women I would call strong are ones who found themselves physically ill from emotional pain or have so much stress they don’t remember to shower or eat lunch.    Should we hold them to the wall and force them to hide when they need help?

Not IF they need it…WHEN.

I think we have failed each other.

It’s been my observation that the women who are the most afraid to embrace their own strength are the ones who have watched their forbearers fall on their own swords.  That’s the message that “strong women” have inadvertently given the next generation- quiver in your boots ladies because when shit goes sideways- you’re on your own.  Is it the creation of societal norms that brought us here?  Well- maybe but I’m not willing to surrender so lightly to the notion this was done TO me.  Rather I’m looking in the mirror and saying “hey you- at some point you created this crap- maybe it’s time to un-create it”.

I’m going to choose a different message and it’s one I’m seeing embraced across professions by women everywhere.  You see- strength is about admitting this IS a mess and deliberately pitching your shovel in the mound to say “this stops right now”.  Get your hip-waders on because we’re going in deep here.

I admire all the women I know this past year who authentically set boundaries in their personal and professional lives.  Who said “no” to drama and coercion in their work environments.   These women who said “in order to be strong I need to show you what it means to be weak”.  I’m going to handle it- yes- but not by trudging through the mess- I am going to instead dismantle the mess itself.

The women I would give the title of “strong” to are the ones I watched walk away from relationships that hurt them, environments that disrespected them and decided- just DECIDED- to take back control of what came into their lives.  They called in sick when they were sick, went on vacations and turned off their phones and starting saying “no” to people who asked for help and disappeared when they were called upon to return that favor.

They were the women that said “nice mess” and didn’t pile onto their own lives crap that wasn’t theirs to take.  Instead they told the TRUTH about the shit they were going through and systematically said “good bye” to the pile that was created from that fall out.  They let people know they weren’t “ok” and that today they were on the couch in their bathrobe because they just needed to cry. Not for the faint-hearted or “fair-weather friend”. If you had the privilege of being around a woman this past year who was doing this- you witnessed some epic shit and it wasn’t pretty. It was real and it was her.

And then you know what happened?  They got off that couch and showed up in the workplace and in relationships as different.  I watched countless women go through very public and very ugly situations without hiding it.  I saw authentic struggle and transparent pain.  That is what it means to be strong. Edgy, confident, compassionate, empathetic and different.  Strong.

It’s time to pause and reflect on strength and to step in to the mess we share and have created for each other in our professional and personal definitions of “strong”. 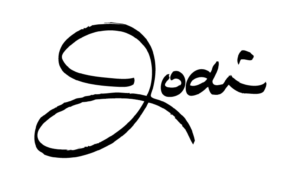 Get out of your mess.  Make a new life- get a new view.  Don’t do it alone.  Contact me to keep talking.  Let’s go do this together.  You and me.

Book now for your one on one intense, inspiring and intimate VIP Day.

One day that’s all about you and your life’s dream.

Want to join the discussion?
Feel free to contribute!

Get actionable advice right to your inbox.

Empathy: How You Use Compassion Dictates Your Bottom Line